Description:
Oh no! Cthulhu's laptop was hit by ransomware and an important document was encrypted! But you have obtained the encryption script and it seems like the encryption is vulnerable...
Even tough you don't know the encryption password, can you still help recover the important ODT file?
Download

Upon downloading the file and opening the source code, the first thing I noticed is the weird way they handled their key.

Then for actually using these keys they encrypt four times:

Looking at the encrypt function in AESCipher.py, you will notice that regardless of the block size, they pad the plaintext:

This means that a valid decryption will also have a valid padding at the end. Thus I wrote a function that checks if the padding is valid or not:

I had the function return False if the padding was 0x01 since there is a 1/256 chance of that just happening. From here, I just ran through every two byte combination of SHA256 hashes for the key and was able get a decryption with valid padding when the last key was chr(52) + chr(68) (and only those keys). The loop I ran to check for valid padding can be seen here:

I simply repeated this for each of the four keys and their corresponding cipher texts. Each loop took about 3 minutes to check every key combination. The entire script can be viewed here.

Looking back, I could have speed up this process by only checking bytes of printable characters since the key was received from a user input. But, the whole process only took about 15 minutes so I don't think the optimization is too big of a factor here. Here is the contents of the OST file that resulted from a successful full decryption:

So I looked for some Cthulhu flag designs. Which one should we choose?
Source: 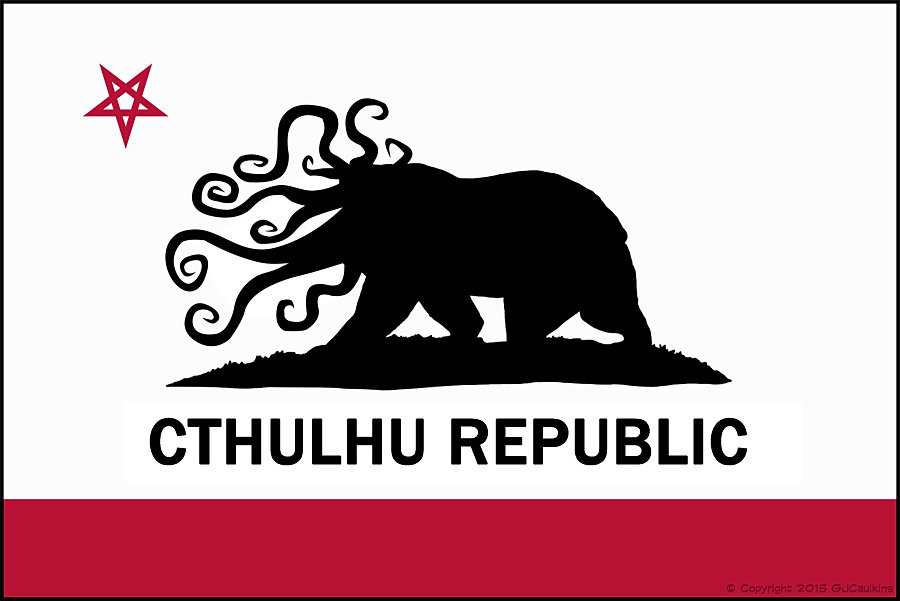 Description: Shawty set up a decryption service for his homies. Plz rek it. DaaS.zip Hosted at: 35.161.…